Get 1:1 advice on getting your startup to default alive with a mentor

A company that’s default alive is one that’s predicted to make a profit with the assets that they currently have access to without any further investment or future changes. In other words, it’s a marker of whether the company is going to turn a profit before it runs out of money.

To fully understand what default alive means, it can also help to take a look at default dead.

A start-up that’s default dead is burning through its cash and showing no signs of recovering it. It’s not going to turn a profit before it runs out of money.

The terms default alive and default dead were created by entrepreneur and investor Paul Graham, and they were designed to be used specifically to talk about start-ups.

Figuring out if you’re alive or dead

Most start-ups think of themselves as default alive, but it’s important to be realistic. Entrepreneurs need to remember that they’re looking at their business through rose-tinted glasses, and that potential employees, investors and partners will all be able to take a much more realistic, unbiased look at the company.

Surprisingly, a lot of founders don’t even know whether they’re default alive or default dead. It’s vital for them to know this if their start-up is going to be a success, and it will also have a big impact on the way that investors deal with them.

The main reason why entrepreneurs don’t know whether their company is default alive or default dead is that it doesn’t make sense to ask the question at all when they’re first starting out. It’s only as they start to mature that it becomes important to take a look at their finances. Unfortunately, by this point, many entrepreneurs are set in their ways and don’t think to start measuring their long-term prospects for survival.

Another reason why founders don’t ask themselves whether they’re default alive is that they incorrectly assume that it will be easy for them to raise more money. This ends up leading to them relying on additional investment that might not come for them to be able to remain in business.

Remember, these are only estimates

It’s important to remember that default alive and default dead are only estimates, and so they’re no guarantee of future performance. On top of that, most industries are getting more and more competitive as time goes on, and this means that just because a company is default alive today, it doesn’t mean that it will be tomorrow.

The concepts of being default alive and default dead are related to another concept called the fatal pinch. This is when a company that’s default dead is coupled with relatively slow growth and a lack of time to fix it. This leaves them in a situation in which they’re stuck being default dead and won’t be able to fix it before the company goes under.

As an entrepreneur, it’s a good idea to make sure that you know whether you’re default alive or default dead at all times. However, it makes no sense to update the metrics every day, and so you should try to limit how often you take a look at them. Every week or every month should be enough.

If you want to know whether your start-up is default alive, the best way to figure it out is to use the handy start-up growth calculator that Trevor Blackwell has created. You can click here to access that.

For a company to go from being default dead to being default alive, they need to find ways to start generating money so that they can make their business more sustainable. Many entrepreneurs immediately look for additional funding, but that will only prolong the duration for which they’re default dead. Instead, they need to find ways to increase their revenue and/or decrease their expenditure so that they start to make a net profit.

Suggested mentors to help you make sense of Default Alive 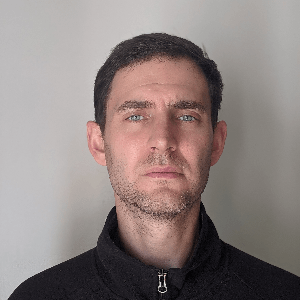 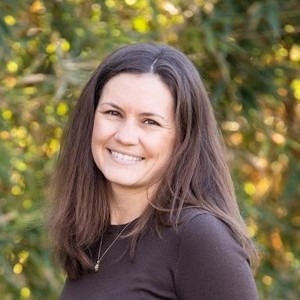 CFO turned SAAS Entrepreneur. I built a company to automate an antiquated and time-intensive industry (fractional CFO services) and make those services accessible to all business owners. I am obsessed with automation and efficiency and love all things AI and cloud-based.