Get mentorship on how to raise a friends and family round

What is a Down Round?

Definition of a Down Round

A down road is what happens when a private company puts shares up for sale at a lower price than they were asking for in a previous round of investments.

There are many reasons why this might happen, and it also comes with advantages and disadvantages for both the company and its investors.

The most common reason for a company using a down round is that it needs additional capital at a time where its valuation is lower than it was before the previous round of financing. This could be due to any number of reasons, such as new competition or a disappointing performance in recent financial reports.

Down rounds send a signal to investors that the company might not be doing as well as they would have hoped, and so many founders and entrepreneurs try to avoid them. If they’re not managed correctly, there’s a risk that it will lead to a downward spiral in which the company’s valuation continues to plummet over time.

Another drawback to down rounds is that it typically means that a company needs to sell more shares than it otherwise might have needed to, just to make the same amount of money. This can then lead to further dilution of ownership both for shareholders and for company owners.

In fact, down rounds are considered to be so bad for business that Motley Fool Money host Chris Hill went on record to say, “A down round is such a catastrophic sign, it’s the worst possible thing that can happen outside of a tragic accident of some sort.”

And there are other drawbacks to down rounds, too. It can dilute ownership percentages, have a damaging effect on employee morale and damage overall confidence in a company from the wider market. Because of that, most companies try to avoid down rounds wherever possible, though sometimes they’re a necessity if the company needs a cash injection.

Even though down rounds are typically thought of as being a by-product of mismanagement, they can still happen even when a company has done everything by the book. Even if a company is profitable, changes in the marketplace or outside forces like the COVID-19 pandemic can lead to a company going into a down round.

Why do down rounds happen?

To understand down rounds, it can help to first understand how start-ups raise capital. They typically go about this by undergoing rounds of funding, and they normally aim to raise enough from their first round so that they don’t need to do another one, at least for a while.

The problem is that start-ups can easily go through huge amounts of cash, and if they spend more than they intended to, that can leave them with no choice other than to go through fundraising again. If this happens, they can find themselves at a lower valuation than they were at for the previous round and left facing a down round.

Why do investors buy during down rounds?

Investors are always looking for the cheapest prices possible, because that gives them the highest chances of seeing a return on their investment. Early investors tend to get lower prices because they’re investing in an unproven company, but later stage investors normally have to pay more due to the fact that the company has more of a track record.

What are the alternatives to down rounds?

Because down rounds occur when a company needs to raise more money, they can occasionally be avoided by simply cutting expenditures and reducing the burn rate. However, this is only a viable solution if there’s already a large amount of wastage taking place, and there’s also a risk that if this is deployed as a long-term solution, it will end up slowing growth instead of encouraging it.

Other alternatives include short-term loans, bridge financing, renegotiations or even shutting the company down.

What is anti-dilution protection?

Investors often own a different type of shares to company founders and employees, and these often include anti-dilution protection. This is designed to ensure that when shares are sold at a lower price, the investors’ shares will be diluted less than the founders’ and employees’ shares.

There are two main types of anti-dilution protection:

What is a make whole clause?

A make whole clause is a binding agreement that some early investors insist on as a part of their purchase and which is designed to make sure that they’re not left out of pocket during a down round. When a make whole clause is in place, companies are obliged to compensate early investors by giving them additional stock based on the company’s new value as though they bought all of their stock at the lower price.

What is a haircut?

We’re going to assume that you don’t mean the regular definition of a haircut, which is something that you get when you go to the hairdressers and ask for a trim. In investment circles, a haircut is a slang term for when a company values itself at one figure but accepts investment which places it at a lower value.

Suggested mentors to help you make sense of Down Round 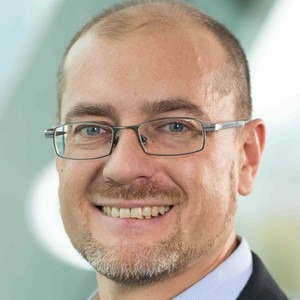 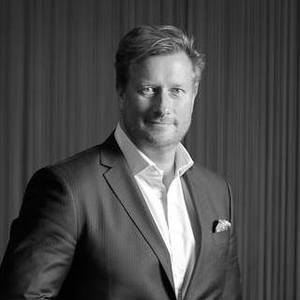 Multifaceted business leader from start up to Fortune 50

I’ve lived and worked in native Norway, US, Germany, Switzerland and Sweden. Worked for start-up, Dow 30 company or myself with global clients. Every 3 to 5 years, I dive into something completely new. I believe that the only constant is change. You either drive change or will be driven by change.