Katherine Nammacher is the former co-founder and CEO of @ RideAlong, a software tool that gives first responders real-time data in the field to more safely interact with individuals experiencing mental illness, chemical dependencies, and homelessness.

Why did you decide to apply to Y Combinator?

We applied to Y Combinator because we’d gone to one of their start-up day events they hold twice a year and learned a lot from that event. We knew YC would be a useful organization for us to continue learning from for how we needed to grow. 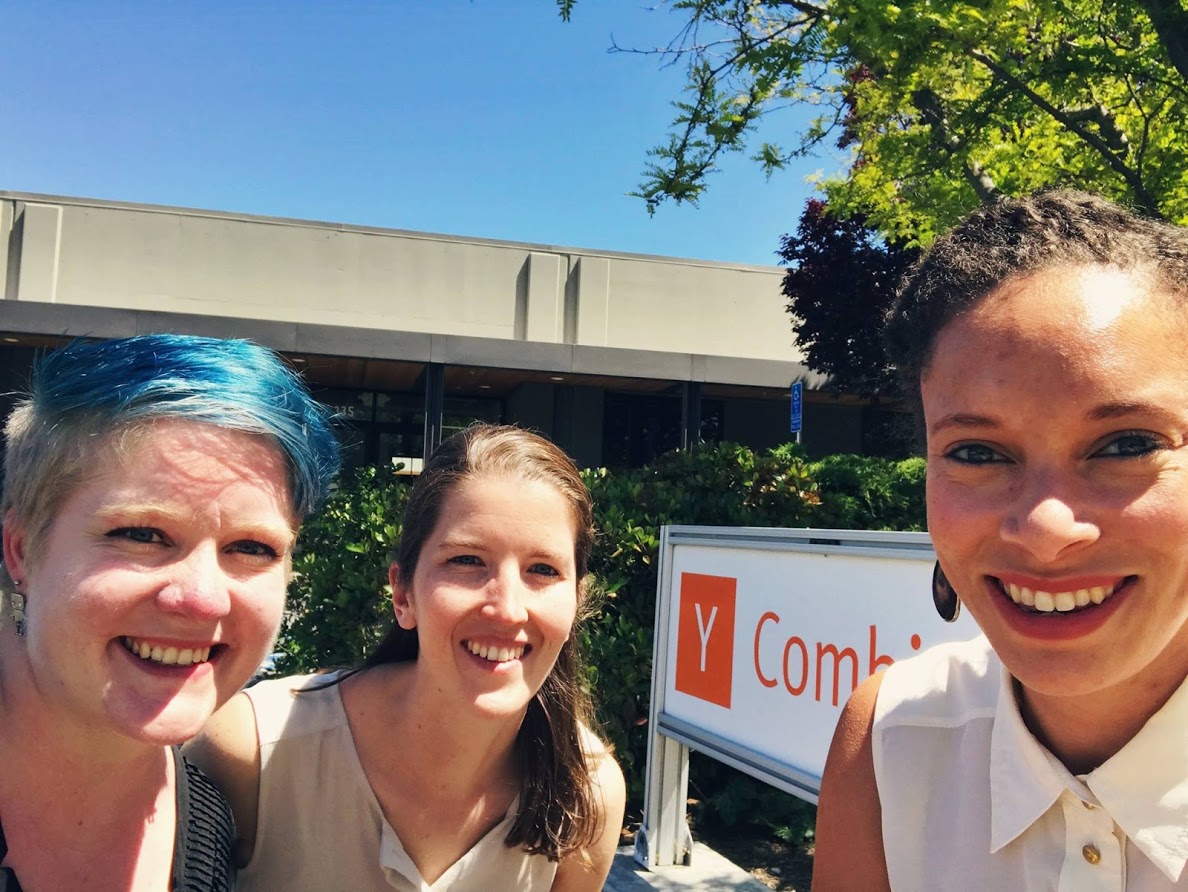 The first time we applied to YC we didn’t get in, which is fairly typical. The second time we applied, we were accepted into two accelerator programs and ultimately choose Y Combinator.

Our company was a government technology startup which is a notoriously hard space to create a billion-dollar company in. (We were recently acquired, hence the past tense.) There are very few that exist even now and plenty that have failed. We figured that with the branding backing of Y Combinator, as well as their guidance, we’d have a much higher chance at success.

How much traction did you have before you got into Y Combinator?

Since we’re in the government technology space, the sales cycle is really long. It’s a space that is similar to enterprise sales, biotech or hardware in that sense. One paid contract is a huge milestone.

What gave us an edge was knowing our users really well. I am a user researcher and a product manager, and our team had worked extensively with police departments at the county and local level. We did a pilot program with the Seattle Police Department. Officers had already used our software, and we had iterated on the product substantially.

While we didn’t have a paid contract yet, our understanding of the space had grown tremendously because we had 6 months of trying to sell the product – something we didn’t have when we first applied. We’d gotten better at thinking like a business. We made like pitch decks for police departments, financial models, started fundraising, and were actively trying to sell. We pitched to about 40 police departments during that time.

Having some traction, really knowing what we were doing, but also really understanding the users in the problem we’re addressing are the three things that got us into Y Combinator. No startup is perfect once you look under the hood, and everyone’s in their own special world of chaos, but you need a couple of key strong pieces to have a fighting chance at building a startup and getting into YC. Those were our three strengths.

We spent a total of two days over the course of two weeks writing the first application. 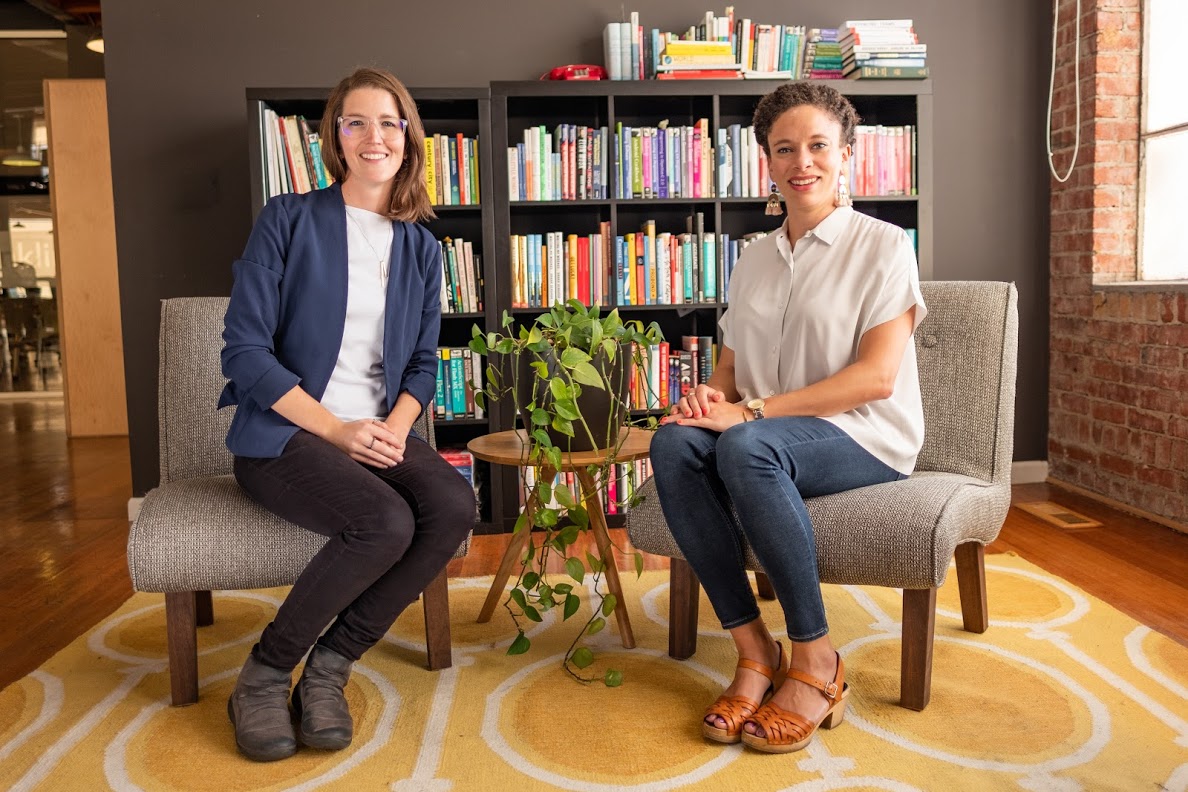 It’s really important to make sure that you’re not in an echo chamber. We asked several people to read it that had no idea about our industry, but who had gone through YC. There’s startup lingo and then there’s like industry lingo. For us, there was a bunch of terms that we thought were universally understood, but we realized by talking to others that it was 911 police jargon.

For the written application, it’s really about showing – not telling. If you’re coming from a sales and marketing background, it’s easy to tell more than show on your application.

Y Combinator just wants you to get to the point: “Did you do this or did you not do this? If you did this, what are the metrics to tell me how you did it, and how you did it?”

Figuring out what’s essential to you and your brand while balancing what you think they would like to hear is critical. It’s about understanding what is the core of your business.

What tips do you have for the interview?

Every startup has plenty of things that are going wrong and there are some things that you want to avoid talking about. It’s not that Y Combinator doesn’t know there’s going to be something wrong. They’re just looking for you to understand what you’re talking about and that you’re able to think in a specific way that supports your company’s growth.

How you explain what you do will immediately lead to the next set of questions. There’s a lot of ways to explain what you do, and each method will lead to a different avenue of follow up questions to follow. In speaking with YC, just like a job interview, you want to make sure that you don’t box yourself into a corner with how you lead the conversation with your answers. You also want to give enough information while you’re answering to lead to the next answer.

Definitely be concise, but make sure that your conciseness comes with enough content that you can strategically lead the conversation. Also be ready to cover a specific base number of topics that are definitely going to come up.

Y Combinator has no ego. They just want to know what you’re doing.

What was the biggest benefit of Y Combinator beyond just the money?

People always ask about the investment that YC makes, but the cash was actually the least beneficial piece of what they offer startups.

For sure, it’s a chunk of change, but for us it was about the network: the access to experts, the connection to other founders, and the branding it helps boosts for how you’re perceived, especially as I was a female founder with a Bachelor’s of Fine Arts running a police technology startup. Having a brand like Y Combinator behind me as the CEO with another female founder was huge.

The amount of insight that you get even as alumnus continues to grow was also huge. I’ve met some of my best friends through Y Combinator, people that I can call in the middle of the workday for business advice. And if they can’t talk to me during the day, they’ll call me back that night. You are in a special group where people show up for you and help you – and you do the same for them in return.

There’s this understanding with other founders, especially within the YC community, that you are on the “startup founders trying to change the world” team together that I’ve never experienced before. Having the intense trust and expertise of such a smart group of people and feeling like that community truly has my back has been amazing. That is still true now even though my startup has been acquired and I’m no longer officially a start-up founder.

What tip do you have for founders thinking of applying to Y Combinator?

Make sure that you find and talk to people who have gone through Y Combinator to really understand what it is that you’re getting into. Y Combinator isn’t for everyone and what they’re looking for might not match what you want or need for your company.

Also, understand the sacrifices it entails. What you’re getting into requires dedication and knowing how to support yourself in a sustainable way – both in the program and as you are building a company overall.

What started as an internal tool to help a Professor save time grading his University students, quickly escalated into a software business that caught the attention of Y Combinator.