Nate Matherson is the co-founder of @ LendEDU, a personal finance comparison website. Their goal is to create transparency in a number of markets including student lending, unsecured lending, auto lending, banking, credit cards, and some misc. insurance products.

Why did you apply to Y Combinator?

We got started in 2014 as a side project while we were still in college.

In our first two years of business, we built our MVP and started to get some initial traction. It was two years later in 2016 that we were accepted to Y combinator, at that point we were doing about $10,000 per month in revenue.

We had raised a small amount of funding at that point, but we honestly really needed more.

Most people apply to Y combinator after having raised a meaningful amount of capital but in our case, things were starting to heat up in our business and we really didn’t have the cash flow we needed to stay afloat. We were struggling to bring dollars in so that $120,000 investment in our company meant a lot to us at that time.

We also knew that the program had a prestigious reputation. If we were going to do a startup accelerator program, we knew Y Combinator was the best one to do. If you just look at how low their failure rate is compared to most other accelerator programs we knew that it would be a great place to be. 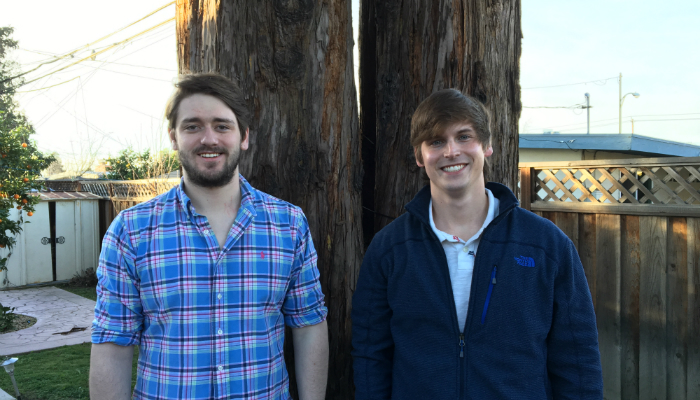 Beyond that, we knew that it would be a great way to focus and work really hard for about three or four months.

We’ve been working on this idea for about two years at the time, but we knew that if we had signed up for this program it was going to put us in a position where we had to start thinking about how we could grow the business really quickly over the course of three to four months. And so part of it was just putting additional pressure on ourselves.

Just to reiterate the big three reasons we applied to Y Combinator:

Did you already have traction before applying?

Well, what’s interesting is we actually applied twice. The first time that we applied we got an interview and we flew out to, California and we didn’t get it. We were probably about a year in and we were earning some revenue, we had a small amount of traction, but it wasn’t really anything impressive.

They told us to reapply and when they say that, they honestly mean that.

Probably around five hours the first time, but that was just a part of it.

We also did a lot of mock interviews. So we were fortunate to be loosely connected with individuals that had gone through the program previously. When I say “loosely connected,” we were connected through our network with these people that have done it before, and we reached out to them and we just said, “Hi, can you give us a mock interview?”

The second time around when we applied we probably only spent 20 minutes on the application.

Did you just reuse the previous application and update the numbers?

Some of the components were reused.

But what we tried to do is show the second time around on the application how we’ve grown and how we have more traction than we did six months ago.

So I think while some of it was just updating numbers, it was much more than just that.

What were the biggest benefits beyond just the money from entering into Y Combinator?

The biggest initial benefit that you see is that you’re able to raise capital from great investors at super favorable terms. After the Y combinator demo day happens, you get a lot of inbound requests to invest in the business.

We had 108 phone calls and interviews with potential investors in the one month after the Y Combinator Demo Day. We were able to raise $600,000 in funding immediately after the program ended.

But longer-term, one of the most powerful things about the Y combinator Community is its social platform called the BookFace.

Bookface is basically a Y combinator Founders only social network. Over time, we’ve been able to seek out a lot of help and advice from other founders and we’ve been able to get a lot of intros. Odds are if you need an intro to someone at any company in the USA, there’s someone in the Y Combinator Network that can probably make it happen.

So short term and long term, I think those were the biggest benefits

If you had one tip for any founder that’s thinking to apply what would it be?

I actually talked with a lot of startup founders that have been on the fence about applying and I always say, “why not?”

Really anyone has five hours to invest in an application.

So that shouldn’t be a hurdle.

I think if you get in it’ll probably change your life.

Even if you get accepted, but then you decide for whatever reason you don’t want to do it, there’s not really a huge downside to just applying and seeing if you can get in.

And if you don’t get in the first time just apply again!

There’s actually like some crazy statistic on like the percentage of startups that get in after being rejected the first time and it’s really high. I forget exactly what it is.

But I think it was like 50 percent higher chances of acceptance on your second try, at least when we did the program.

Itay shared with us what are the biggest advantages of Y Combinator, how to apply and what to expect once you join. Here’s his journey.