Have an innovative startup idea and need some objective feedback? Here are 10 online communities that you should consider visiting to Validate Your Startup Idea. 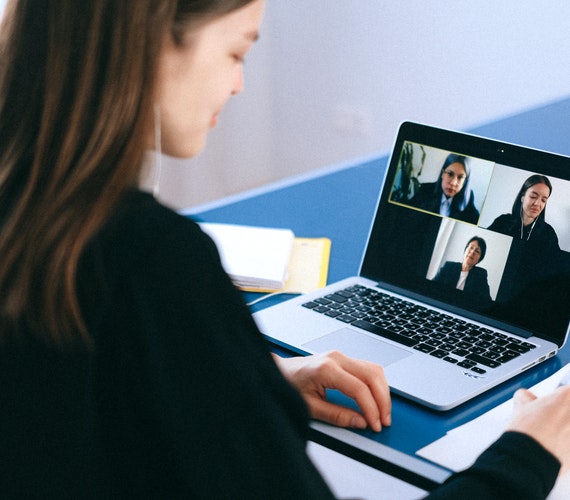 Having a great idea is one thing, but having faith in that idea is another thing entirely.

Even the most seasoned founders don’t always have total conviction about their idea in the early stages. Despite having enough faith to pursue the idea, it’s still common to seek external validation to make sure that it’s not all in your head.

It can help to talk to someone to discuss your idea and ask for feedback and constructive criticism. But where can you actually get that feedback?

That’s where these sites come in. 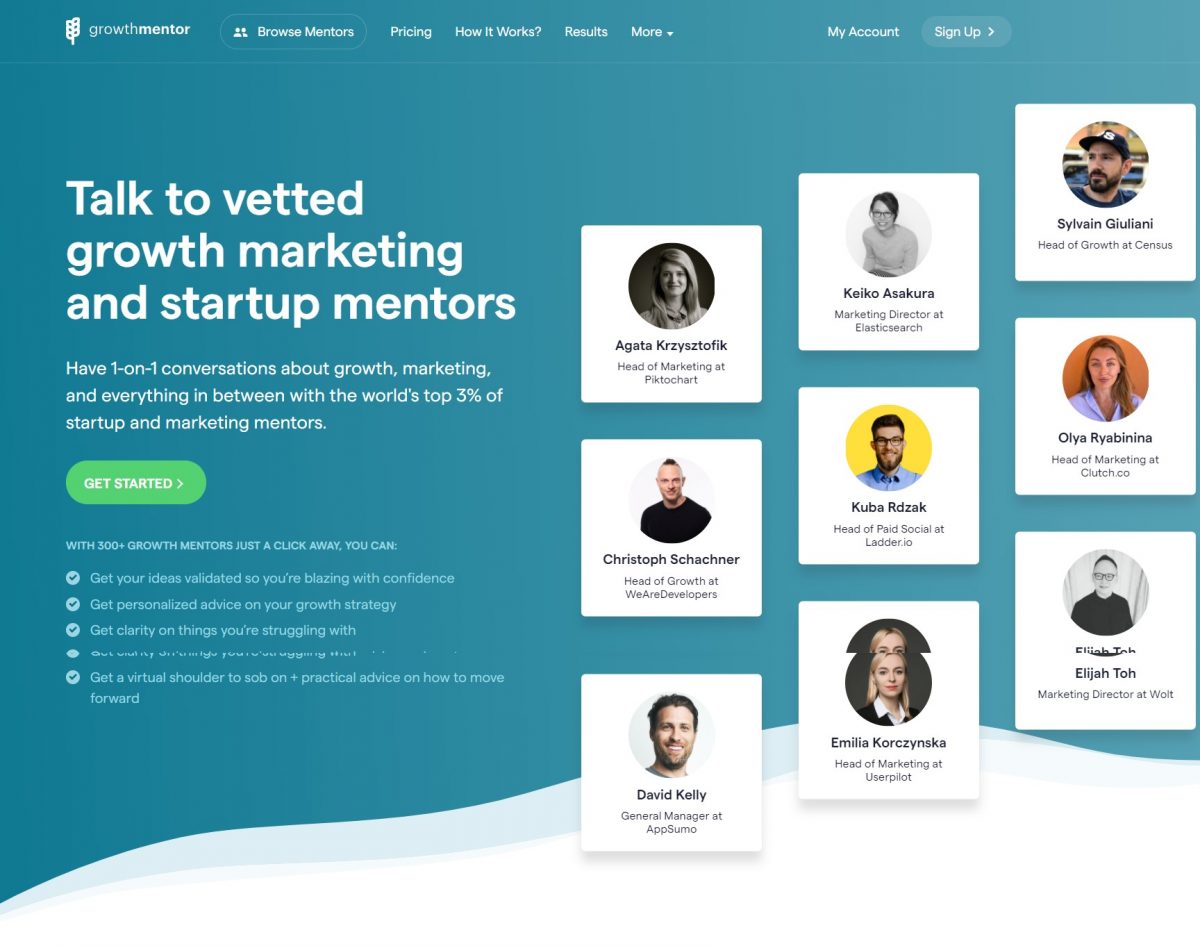 GrowthMentor is great when you want a one-on-one conversation rather than creating a questionnaire and trying to aggregate feedback from dozens of different people. In addition to testing out your idea amongst your target audience, you can seek out a mentor who has specific experience in the industry.

One of the unique things about GrowthMentor is that once you find yourself a decent mentor, you can continue to work with them way past the validation stage and get their input, advice, and support right the way through to launch and beyond. It can also go hand-in-hand with some of the other validation sites that we take a look at in this article.

PickFu is specifically designed for crowdfunding consumer research, providing you feedback in mass and acting as a decent aggregator. It’s comparable to forming a focus group, except that with PickFu, they form the focus group for you so you don’t have to worry about doing the hard work.

Because they have an army of over 10,000 pre-existing users, you can create your target audience and start to receive insights on the same day. Create and publish a poll in just a couple of minutes and use it to gather feedback across every stage of the process, from ideation and design to development and launch.

IdeaCheck aims to automate the validation process, though you should be warned that automation doesn’t always save you time and money. They’ll ask you to submit a draft of your idea and then they’ll take what you give them and turn it into a questionnaire.

They’ll also work with you to identify your target audience. They’ll then carry out the validation on your behalf and return a report that includes an overall assessment of the data, as well as actual comments that they received from users. It’s a good call if you don’t want to have too much input into the validation process, but then it’s such an important part of launching a business that you’re better off handling it yourself if you have the resources. 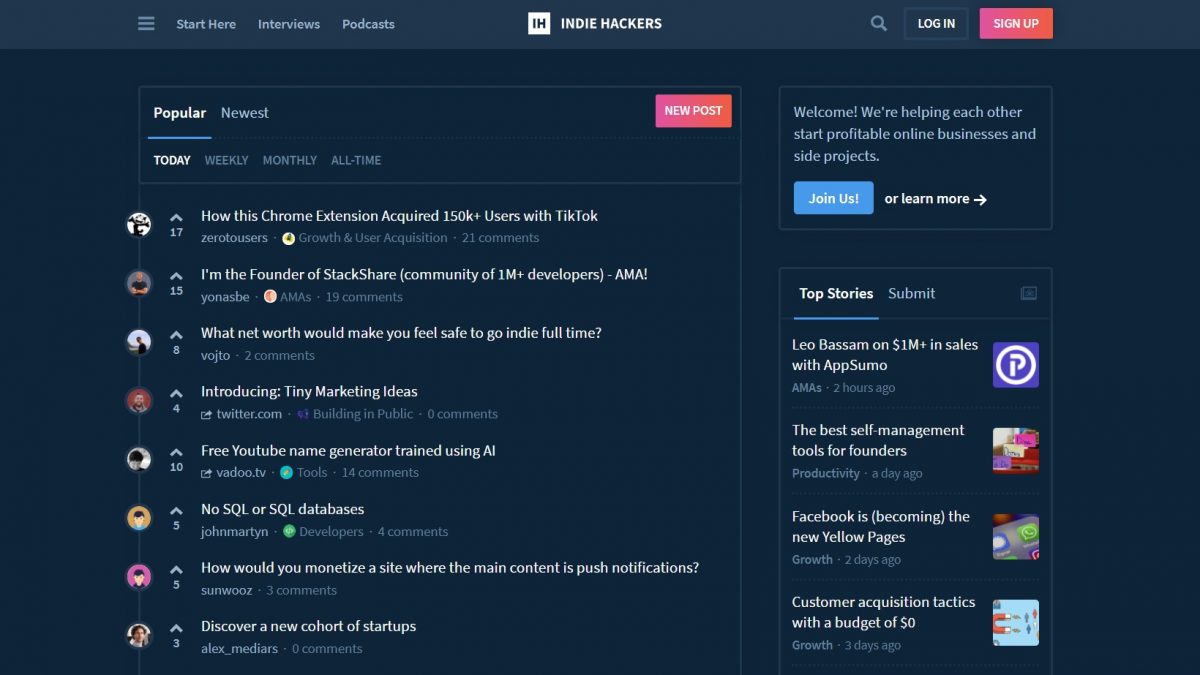 Indie Hackers is a dedicated community for people who are looking to launch startups and grow their businesses, and so it can be a pretty good option if you’re looking for insights from your peers, as opposed to from mentors or from your target audience.

Because there are literally thousands of existing discussion threads, you can also take a look at what’s out there and join in on the threads that are already popular. For example, at the time of writing, there’s a discussion where you can tell people about your product and they’ll tell you how they’d market it. If you just go in all guns blazing and asking for validation, you’ll probably get ignored.

ProductHunt has a lot in common with IndieHackers, except that their community is a little bit more of an afterthought that plays second fiddle to its database of new products. That’s not to say that you can’t get any feedback there, but be aware that you might have to wait a little longer before you hear back from people.

On the plus side, the people there have a pretty good idea of what they’re talking about, and so even though you might have to wait a while until you get a response, it’s worth it. It’s also arguably the friendliest and most approachable of the companies on this list.

You can always launch on Product Hunt to find some early adopters for your startup. 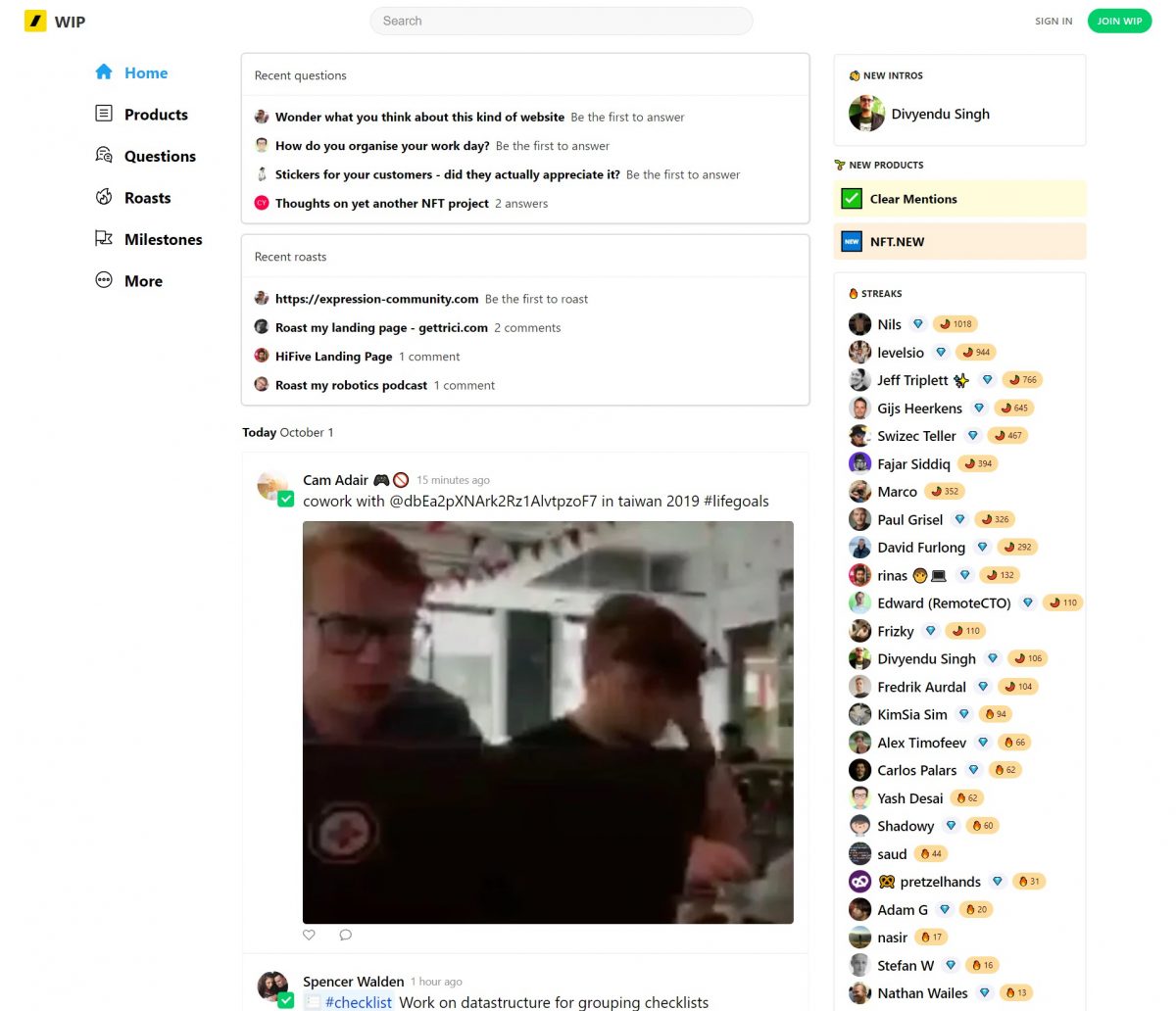 This community has a lot in common with the others, but one thing in particular that makes it stand out is that it has a specific category for roasts. People can submit their ideas or designs and ask people to roast them, in the same way that celebrities get roasted by good-natured comedians.

BetaList is particularly worth participating in if you’re right at the start of your journey and are looking for validation on an idea or a wireframe, rather than a beta of a product that’s already been launched.

The Startups.com Community is designed to help people to surround themselves with people who are in or who have been in a similar position. You can put your heads together with like-minded people and work together to solve problems, or you can simply seek a little validation for an idea that you’ve had. It is what you make of it.

On the downside, you can’t just sign up and start posting here. Instead, you’ll need to apply for consideration and hope that you make the cut. This also has a secret upside though, which is that you know that everyone in the community has been pre-vetted.

The Startup Nation discussion forums are pretty comprehensive, with subforums including Startup Business Basics, the Gig Economy, Marketing, Sales and Public Relations, Personal Growth, Finance and Funding and more. The chances are that you’ll be able to find a discussion thread that ties in with what you want to talk about, but they’re also nice and welcoming to people who start discussions of their own.

There’s also the fact that the Startup Nation site also shares a bunch of other resources including opinion pieces from their experts, a regular podcast and even a list of meeting opportunities in and around the local area.

Reddit is essentially a network of communities within communities in which anyone can create an account and start and comment on different topics, which themselves are categorised into subreddits.

When you’re looking for startup validation, Reddit is a free source of feedback, although it can often be harsh and brutally honest. You’ll also want to remember that it’s a public forum and that you’ll be entering existing communities, so you’ll need to abide by their rules and guidelines. A few of the most relevant subreddits for you to look into include:

If you have a personal Facebook account, the chances are that you’ve already used Facebook Groups. There are literally millions of the things, allowing people to come together to discuss shared interests, whether they’re groups for events in your local area or whether they’re sales and marketing groups for small business owners.

The trick is to find groups that are relevant to your niche. For example, if your business idea is about providing online education for children, you should try to find Facebook groups that are related to parenting, arts and crafts, STEM, kids fashion and more. Look for any and all groups where your potential customers are hanging out and ensure that the context (i.e. the group’s objective) is relevant.

What to look for

Getting constructive feedback and validation for your startup idea can make you feel better about the risks you’re taking and fill you with confidence in your vision. The challenge is finding the right place to ask for startup idea feedback.

You’ll generally want a personalised option rather than going for something generic, and you should look into factors like how many experts they have, how qualified those experts are, what their typical turnaround time is, and how much they’re going to charge.

Perhaps the best option is to find yourself a mentor because they can work alongside you and provide support as you take your startup from idea to execution. Hundreds of mentees are already using GrowthMentor to book calls with mentors to get feedback, and you can save time and money by joining them.

So if you haven’t already, consider joining GrowthMentor and booking one-on-one calls with top startup experts and founders who’ve been there, done that, and bought the T-shirt. You’ll get valuable, useful, personalised, and unbiased feedback, and you can expect to receive it much faster than if you hire a company or join a discussion forum. Browse our +400 mentors list today to find out more.

Dane Cobain
Published Author, Freelance Writer, and Poet
You might also like
Mentor Column
How to validate a startup idea using a pre-launch landing page and less than $500 in PPC spend
Startup Life
Everything You Need to Know About Brainstorming in a Startup
Product Updates
Introducing GrowthMentor Community Networking
Talk to vetted mentors with experience in idea validation Learn More
Our blog 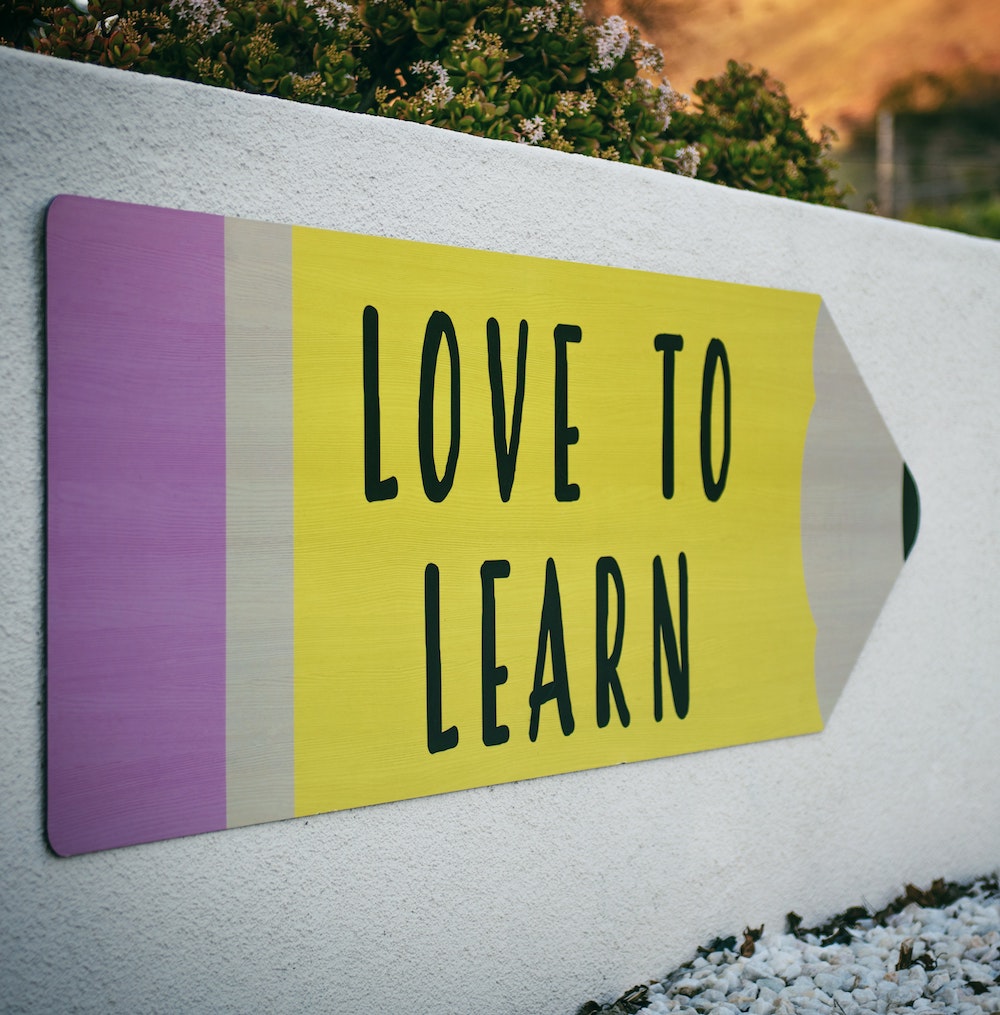 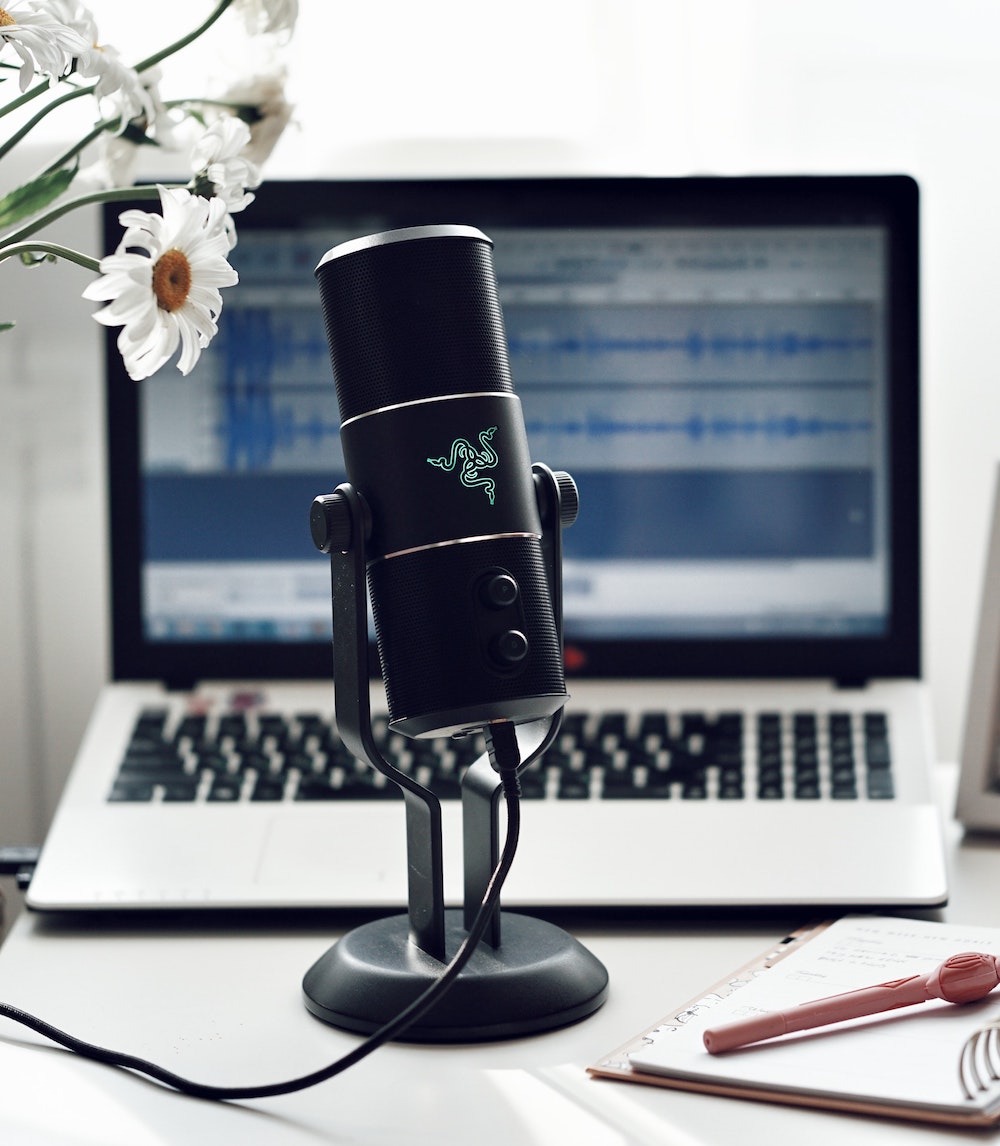 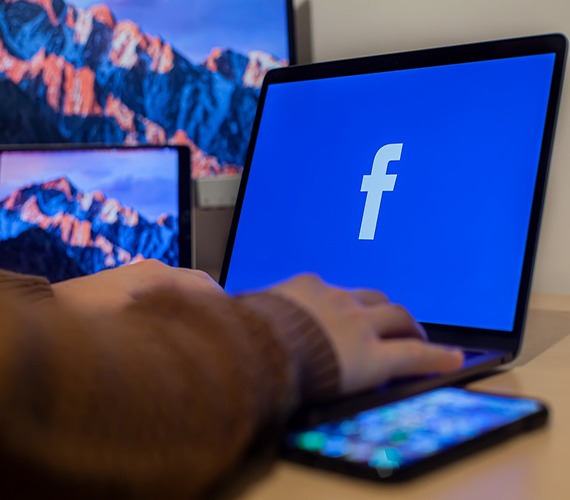