Get 1-on-1 advice from startup mentors based in Singapore

Co-Founder
Currently residing in Singapore, Singapore (+08:00 UTC)
Hey there - I'm an entrepreneur at heart, having founded and grown my own digital innovation studio and co-founded more than 15 ventures along the way. My expertise is mainly concentrated around the topic of Business Model and Product, using Design Thinking to create impactful new businesses.
Also an expert in:
View Profile 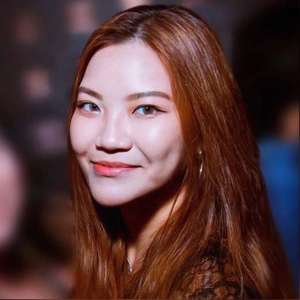 Growth | eCommerce | edTech
Currently residing in Kuala Lumpur, Malaysia (+08:00 UTC)
Equipped with a decade of diverse experience in the fields of management consulting, e-commerce, marketplaces and education. "Numbers Don't Lie"-- If you can't prove it, it didn't happen. I currently lead growth & marketing technology at Mindvalley.
Also an expert in:
View Profile
Create account to view all mentors
Stories
"I don’t pretend to know everything but pride myself in finding help from people that know more than me."
Sarah Beardmore Founder of Nown.io
Stories
"When you’re a growth marketer like me and you want to learn, there’s a big bridge between theory and practice"
Gabriel Bujold CMO at V2Cloud.com
Stories
"I’ve been searching for something like GrowthMentor for around 4-5 years by now and couldn’t find it."
Anton Blagov Head of Marketing at BigleLegal
Tips

Singapore is often referred to as the gateway to Asia. In Singapore, you can set up a business in any sector, and trade isn’t limited; add to that a stable currency, and you have the perfect environment for international trade. These factors, combined with massive investment in R&D from the Singapore government, have led the country to become one of Asia’s most prominent startup hubs.

Due to its status as an international business hub, 59% of multinational corporations have offices in Singapore.

The country is a leader in the region for venture capital. The government played a key role in building the diverse startup ecosystem; they’ve co-invested with prominent VCs and created VC funds that support different sectors. There’s a current focus on growing the deep tech sector.

According to a study by the World Bank Group, too much involvement from the government could also be a challenge in the future, as government support props up many companies that should have collapsed. Finding talent is another challenge for Singapore. There are strong educational institutions, but the talent pool isn’t wide enough, and employing foreign workers is a lengthy process.

Startup Singapore estimates there are 4,646 startups in the city, with 1,056 active investors and 218 accelerators. The median seed round funding in Singapore is well above the global average. Some of the most valuable startups include Moglix, Carro, and Nium.

Check out our Singapore mentors.